From here to there and back again

I slept for 12 hours straight the other night and could have slept more if I wasn't doing a mini marathon run with the kids the next day. To say I was tired is an understatement. I am not usually one to sleep in much less sleep more than 7/8 hours a night, so I must really have needed some sleep. I think between jet lag, being up late working/eating and early morning call to prayer, that is broadcast via loudspeaker throughout the city at 6am, I didn't get quite the usually amount I am used to and it made for a very unhappy Shannon. Almost caught up now...just in time for the next phase of the whirlwind trip. It involves a ferry, an island and a moor. Plus I believe that rain is guaranteed so bring on the Hunters!


Posted by Unknown at 8:49 AM No comments: Links to this post

Scenes from a Turkish Restaurant

Around 7pm all the stores in the old town of Istanbul start moving to the streets. It becomes a night market, open late and carrying the latest and greatest knock offs of every type. While business goes on during the day, it seems that the evening time is when the everyone really starts to do business since the sun has gone down and the heat of the day starts moving into a decidedly more comfortable number.

Along with the merchandise venders you also will find people on the streets that are trying to get you into their restaurant. Being hungry and after reviewing a few options we decided on the one, that according to the brochure the gentleman had was set in an old courtyard. Delighted that we were interested he has us follow him down steps and through two blocks of an indoor bazaar (Which was a feast for the eyes. So many crystals and knock off crap I didn't even know where to look first). After starting to think we were being lead down a path to our destruction we came upon the courtyard, exactly as pictured in the brochure. Not described or pictured was the lack of lighting, the Twin Peaks theme playing in the background and the largest piece of fluffy flat bread I have ever seen in person. Totally set the mood just right for a random spot in the middle of old town.

The good news was that dinner was delicious (kabob), but it was the dessert that was the most fascinating. The dessert menu consists of a series of blurry pictures with Turkish words next to them, so I need the waiters help in deciding what to order. To help me he brought over two of the items in person (chocolate and vanilla pudding??? I don't know exactly what they were, but it was something in a round tin, one brown and one white) and then he proceeded to say that I should not order either of those items.  What I should do is order round thing in a tin number 3, that had cheese in it. I pointed out one other item asking what it was, but he told me that tin #3 was the best. With a recommendation like that how could I do anything but go with 3.

When it arrived it looked like it had a fried crust and smelled like cinnamon, I dove right in. I have no idea what it exactly was, but the best way I can describe it is that it was a mild mozzarella like cheese, dipped in shredded wheat (the cereal), coated with cinnamon sugar and fried. As you may be able to imagine it was glorious. After I demolished it I realized I should have taken a picture. Hopefully they will have the same item at the restaurant we go to tonight. Regardless they will for sure have lots of traditional dancing there. Should be fun!
Posted by Unknown at 7:38 AM No comments: Links to this post


We are headed out in the road again, this time to Istanbul, Turkey, where there is sure to be a few things to see and explore. I was reading up on the city the other night and learned a few new things about the gateway between the east and west. I only did this so that I am not the one in our group that doesn't know the significance of the Topkapi Palace (click to get some knowledge). No one wants to be that guy.

This all leads me to the title of my post. While I was packing my bags yesterday this song was playing on loop in my brain. To attempt to rid myself of the song I listened to it on You Tube. That didn't work so I thought i would share it with you.

It sure is catchy.

Posted by Unknown at 8:46 AM No comments: Links to this post

About two weeks ago I went shopping at the new Home Goods with my parents and picked up some mini, individual size pie plates. They are the cutest thing and I knew immediately that I was going to come up with something to have for dessert for when the BF and his employee (D) arrived here in SoCal. After weeks of hard work on a road show, a home cooked meal and a delicious dessert is just what they need to get them back on track. Then I had to start thinking about what kind of pie to make, because the possibilities are endless I could spend forever trying to narrow it down. Lucky for me D is a certified chocoholic so the decision was easily made to make Chocolate Pudding Pie. I love this recipe for many reasons, but mostly because it's lower in sugar and has that pure chocolate taste that I love so much. Since D is more of a sweet tooth, I did substitute a graham cracker crust instead of a traditional dough and since I am not afraid of short cuts I used whipped cream from can. It's way more fun anyway!


Have a great weekend!
Posted by Unknown at 7:39 PM No comments: Links to this post

I was so lucky to have one of my best friends visit with me a few weeks ago. We had only two days together, but we made the most of it by going to the beach, eating Mexican food and of course going to a theme park and riding all the rides until we almost puked. The last part was more her than me of course, but I must admit that there was one ride that had me scared out of my wits. But we survived it all. This trip however really got me thinking about my friends that I have up in Seattle. These are the friends that know when your mood has shifted, know how to help you up when you are down and most definitely know that in an emergency champagne is my beverage of choice. While we all move on and around and here and there, we always have those friends in our lives. We just need to make sure we let them know what they mean to us more often.

I am really trying to make sure that I pick up the phone, send an email or card to them more often. If you notice I didn't include text or Facebook that's because I am trying to take it beyond super convenient and make it more meaningful. Who knows if I will be able to keep it up, but I will never know until I try. Doesn't mean I will stop texting and posting on your Facebook wall, just means you should check your mailbox!!

Love all my Seattle ladies and miss them terribly.

Posted by Unknown at 8:48 AM No comments: Links to this post 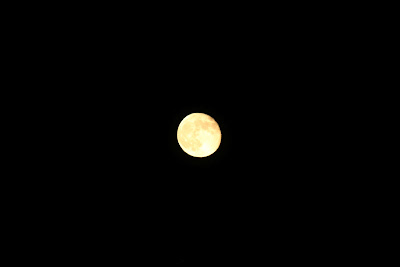 I had a writing prompt last week around the word wander. At the time I didn't have anything come to me, but tonight after viewing the moon so bright and close, it came clear. I wander. Every new country I go to I pick a street to walk down and then that leads me to the next street and so on and so on. I like the wander, but I also like being home. Home  is a special place. It's a place I like being in and know without thinking twice about where the towels are, but I mostly I like to wander. I love new experiences and new customs and different ways of doing things, at least for a time. At some point I need a little Target and a friendly voice, but at the heart of it I don't want to stay in one place for too long. It's an itch that I am lucky enough to be able to scratch.

So I got to thinking, where in the world would I really like to go...Well actually it's no where in this world. I want the moon, I want the other planets, the geek in me wants to go where no one has gone before. I need to go. With any luck my generation will go for more than just a walk and with a miracle I will be able to be a part of the first party there. So my wander is larger than where I can go, it's where I want to go. Where is your wander?

Posted by Unknown at 8:34 PM No comments: Links to this post